Rare case of twins being born in the different years has been recorded in United States as twin brothers Everett and Sawyer Shay were born in 2016 and 2017 respectively, Yahoo News reported.

Before now, one prominent case is that of Hannah and Danielle Reed of Texas, who were born only one minute apart, but in different years. Why Hannah was delivered by c-section as the last baby of 2013, Danielle was the first baby of 2014 in the US.

The report says Everett was the first Arizona baby born in 2017 at the Banner Thunderbird Medical Center in Glendale, Ariz, whereas his big brother, Sawyer’s birth record will read Dec. 31, 2016, and Everett’s will read Jan. 1, 2017. 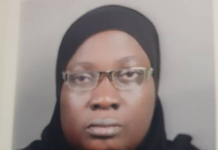 Canada-bound couple among those killed in Lagos explosion

NEWS orijoadmin - April 2, 2020
0
Saudi Arabia imposed a 24-hour curfew in the Muslim holy cities of Mecca and Medina on Thursday, extending measures to combat the spread of...

We may compulsory mask wearing for residents – Gov. Makinde