The rift between the federal government and Governors of the South West States over the  establishment of the regional security outfit, Amotekun has been settled.

Amotekun’s launch by the Southwest governors to combat insecurity in the region had stirred up conflict between them and the federal government. The latter had described it as ‘illegal’.

The settlement followed a parley between the two on Thursday during which they reached compromise with the government shifting ground and directing the governors to give it a legal backing.

According to the Vice President, Prof Yemi Osinbajo, who shared insight into the meeting in a tweet by his media aide, Laolu Akande:  “Having regard to the need for all hands to be on deck in addressing the security concerns across the country, it was agreed that the structure of Amotekun should also align with the Community Policing strategy of the Federal Government.

“It was also agreed that necessary legal instruments will be put in place by each of the states to give legal backing to the initiative and address all issues concerning the regulation of the security structure.” 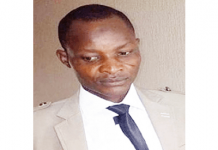