Wike is a strong critic of Buhari.

The governor in a letter of appreciation to the President showered praise on the latter for deeming it fit to make the refund to the state, saying with the act, Buhari has demonstrated that he is a father to all Nigerians with no chauvinist slant of any kind.

Wike also in the letter invited the President to the state to have a look of his administration’s accomplishments.

It reads, “Mr. President has by this remarkable and heartwarming gesture shown not only your love for the government and people of Rivers State, but also demonstrated expressively that you are, indeed, a President for every State of the Federation and all Nigerians.

“I assure you that the Rivers State Government is willing and ever ready to cooperate and partner the Federal Government to advance the developmental aspirations of Rivers State in particular, and our nation in general.” 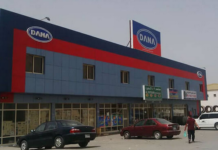