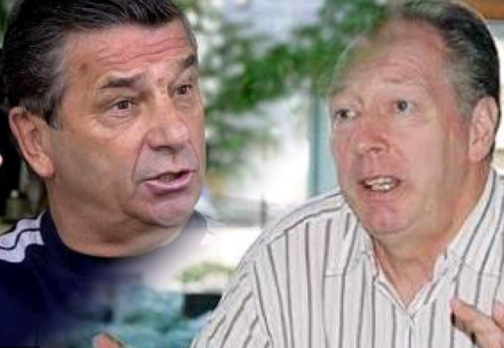 Bonfrere, who succeeded Westerhoof as Eagles coach had alleged his Dutch compatriot of selling the 1994 FIFA World Cup round of 16 matches to Italy for $100,000.

The Azzurri snatched victory from the jaws of defeat to beat Nigeria 2-1 in extra-time.

The Olympic gold winning coach with Nigeria has suggested that Westerhof sold that particular match in an interview he granted. The latter in reaction to the slur denied it and wants Bonfrere to retract his statement and issue public apology.

The case is before an Arnhem court and the judge will rule within two weeks, according to Netherlands publications, NOS.

EXCLUSIVE orijoadmin - August 6, 2020
0
Immediate past Senate President, Bukola Saraki is currently abroad after sneaking out of the country to evade planned arrest by the Economic and Financial...

featured orijoadmin - August 6, 2020
0
Governor Godwin Obaseki has ordered the redeployment of the Director of Protocol (DoP), Government House, Benin, Aisagbon Osayande, to the Ministry of Culture and...
Advertisement