The President of the Court of Appeal, Justice Zainab Bulkachuwa, on Monday said convicted ex-Governor of Abia State, Orji Kalu is yet to approach the appellate court.

Kalu last Thursday was convicted of N7.2bn fraud and laundering same, property of Abia while in the saddle as the state governor.

A federal high court sitting in Lagos sentenced him to 12 years in prison alongside the state Commissioner for Finance during his tenure as the governor, Jones Udeogo, who bagged 10 years.

Justice Bulkachuwa revealed that the disgraced Senate Chief Whip is yet to appeal the decision of the lower court while speaking in Abuja at a national workshop on Administration of Criminal Justice, ACJ, organised by the Centre for Socio-Legal Studies in collaboration with Federal Ministry of Justice.

Owing Kalu’s conviction and others to the provision of the Administration of Criminal Justice, 2015, which allows judges elevated to the Court of Appeal to return to the high court to conclude their part-heard criminal cases pending in their court before their elevation, she dropped hint about the ex-governor as regard appealing his sentence.

She said: “I think this is a big plus for the Administration of Criminal Justice Act because matters get to be completed within the shortest time possible and decisively. I have not seen any of the matters that have come on appeal yet. I have not heard. Maybe that is the end of the matter as it is.”

featured orijoadmin - January 21, 2020
0
The immediate past speaker of the Edo State House of Assembly, Alhaji Kabiru Adjoto, is gearing up to make good his threat to bring... 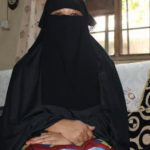 NEWS orijoadmin - January 21, 2020
0
The Lagos State government on Monday brought the public up to date on the pipeline explosion that ravaged some communities in Agbado-Oke-Odo Local Council...
Advertisement