Late Afeez died in a hospital casting a pall over Ojota Park where he held sway.

However,  trouble broke out as a result of the deceased’s faction, who viewed his death as unnatural claiming a spell was cast on him by the rival faction.

In the ensuing melee, the warring factions attacked each other in a free for all fight.

Subsequently, the police waded in and brought the situation under control.

Police Public Relations Officer Bala Elkana, a Deputy Superintendent (DSP), said normalcy has returned to the park in a statement he released.

Elkana said: “There was a clash between factions of NURTW but the situation has been brought under control by our officers. One of their leaders died in a hospital and there was an allegation by the deceased faction that the other faction used Juju to kill their leader. They came to attack the other party. We quickly deploy our men there and normalcy has returned to the place.” 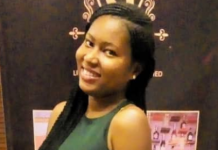 Father of Uniben undergraduate, who was raped, killed in Church, speaks

NEWS orijoadmin - June 2, 2020
0
Street hawking and trading have been outlawed by the federal government as part of the non-pharmaceutical measure to curtail the spread of COVID-19. The Chairman...
Advertisement