The Speaker of the House of Representatives, Mr Femi Gbajabiamila, on Thursday issued a thinly veiled threat to the factional minority leader, Hon.  Kingsley Chinda.

Chinda and Ndudi Elumelu had emerged as factional Minority Leaders, with the House recognising the latter.

The federal lawmaker representing Obio/Akpor constituency of Rivers State drew Gbajabiamila’s ire for occupying the minority leader’s seat and was interjecting the Speaker by raising point of order.

Meanwhile the Speaker’s comment has drawn the reaction of the Peoples Democratic Party, PDP, with its spokesman, Kola Ologbondiyan, saying the outbursts at Chinda was a threat to democratic order, asking him to retract his comment within the next 24 hours.

The statement reads: “Our party further invites Nigerians to hold Hon. Gbajabiamila directly responsible should any harm suddenly comes to Hon. Chinda, any member of his family or any member of the PDP in the House of Representatives.

“It is indeed unfortunate and completely condemnable that Hon. Gbajabiamila is turning the chamber of the House of Representatives into a theater of avoidable conflicts just because of his vested interest in the affairs of the opposition. 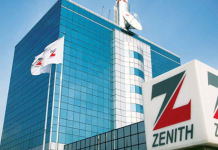 NEWS orijoadmin - June 2, 2020
0
Street hawking and trading have been outlawed by the federal government as part of the non-pharmaceutical measure to curtail the spread of COVID-19. The Chairman...
Advertisement