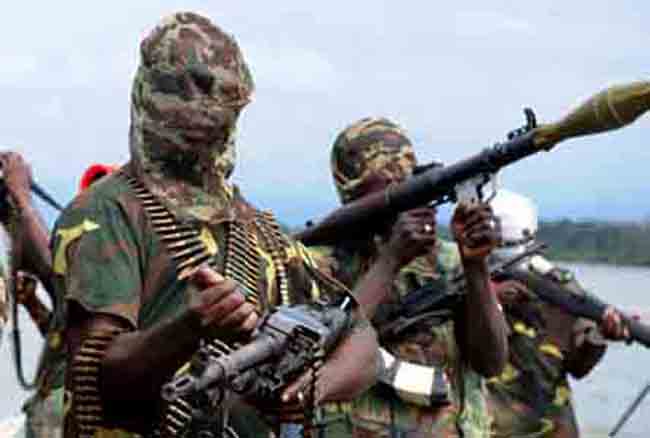 Three kidnappers have been sentenced to death by hanging by a Delta State High Court, Warri Judicial Division, for kidnapping and murder of an 80-year-old woman, even after collecting a ransom of N800, 000 from her family.

The convicts, who displayed no visible signs of remorse after the court’s judgement are Shadrach Samson Dobibe, Francis Mudiaga and Ejiro Diamond. They all claimed to be wood millers.

The suspects were brought before Justice Marshal Mukoro for trial on a 4-count charge of “conspiracy to commit felony to wit; kidnap, the substantial offence of kidnapping, demanding property with menace and murder.”

The prosecutor from the state Ministry of Justice had told the court that the accused, now condemned to death by hanging, including a 4th person, one Akpodiete Oghenekaro, who was discharged and acquitted for lack of sufficient evidence, conspired and executed their conspiracy by kidnapping Madam Ighoru Eruvbedede, the mother of former Chairman of Delta State Art Council on or about July 6, 2009 at Uduophiri village, Patani within the Bomadi Judicial Division. They were accused of whisking her to an unknown destination.

According to the prosecution, the accused persons placed a call to their victim’s son, Jerry Eruvbedede, demanding N20million ransom before she could be released.

Upon their arrest by operatives of the State Security Service, SSS, the court heard that the accused admitted in their confessional statements of committing the offence.

They also admitted to have collected the N800, 000 ransom which they claimed was meant for the upkeep of their victim as the ransom was later scaled down to N4million.

The prosecution also said that the trio confessed that the victim died from starvation as she was bound hands, legs and mouth to prevent her from escaping because she had earlier attempted to do so.

They also admitted in their statements that the victim’s corpse was thrown into the Otuomor River where it was swept away by the flowing water.

In its judgement, the court described the action of the accused persons, especially for the kidnap and murder of the defenceless octogenarian as “a heinous crime which must not go unpunished.”

Justice Mukoro therefore sentenced the three of them to death by hanging on count four of murder.

Why I dumped APC for PDP ― Uduaghan

NEWS orijoadmin - September 29, 2020
0
Governor Nyesom Wike has again hit out at Minister of Transportation, Rotimi Amaechi. This time, Wike alleged that Amaechi while in the saddle of Rivers...

Special Project orijoadmin - September 29, 2020
0
The Royal Unisex Salon and Spa has berthed  in style to change the face of the Beauty and Cosmetics business. The Royal Salon and Spa...