The Federal Government on Saturday called on Nigerians to know their HIV status, saying having the dreaded disease is no longer a death sentence.

Chairman, Governing Board of National Agency for the Control of AIDS (NACA), Mrs Pauline Tallen, asserted this at the flag-off of a medical outreach to IDPs in Kuchingoro camp Abuja in commemoration of this year’s World AIDS Day with the theme; “Know Your Status”. She said: “The most important thing in Nigeria’s HIV response agenda is for all citizens to know their status. If people don’t know their HIV statuses, we’re in the dark.

“So, with a loud voice, we’re calling on every Nigerian to submit himself or herself to get tested for HIV so as to know whether they are positive or negative to the virus.

“The good news is that for those who are HIV positive, the government has enough drugs and plans in place to support and treat the affected for free. HIV is no longer a killer disease. You can get treated and live a normal life.” 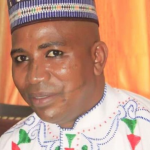