A research has now revealed that heading of the ball may increase the risk of brain damage to football players.

The research conducted at the University of Texas, US, revealed that heading a football repeatedly may cause mental impairment or “mild traumatic brain injury of the frontal lobes”.

The researchers however point out that more research is needed to determine whether the changes are long-lasting or temporary. But the findings indicate that increasing amounts of playing time worsen performance.

The study involved a group of 12 teenage female football players and a matched group of non-players. Each undertook a simple computer screen task designed to test subtle levels of mental functioning. Participants had to react to the random appearance of a white square by touching a point on the opposite side of the screen. Performance was measured by timing the speed of the responses.

Before the test, girls who played football were given a practice session during which they headed the ball a number of times. The study showed that the football players were significantly slower at the task than non-players.

However, both groups performed equally well in another task that involved touching the white square where it appeared. This test involved a more instinctive response with less thinking required.

Factoring in the number of hours spent playing football each week showed that more games and practice sessions led to slower responses.

Long-term mental impairment is known to be a risk in high-contact sports such as boxing, which involves head jarring that, can cause loss of consciousness. But until now it has not been clear whether the much less violent impact of a football on the head could be harmful.

Dr Anne Sereno, from the University of Texas, and colleagues wrote in the online journal Public Library of Science ONE: “These findings suggest that even subconcussive blows in soccer can result in cognitive function changes that are consistent with mild traumatic brain injury of the frontal lobes.”

Numbers of hours per week playing football had a significant effect on response time, while the number of years taking part in the sport had a marginal effect.

The researchers added: “Further study is needed to track soccer players for longer periods to evaluate if these changes are transient or longer lasting, if they are dependent upon repeated sub-concussive blows, and if they generalize to male soccer players.

“To our knowledge, these results provide the first evidence that even subconcussive blows in soccer could lead to measurable, even if possibly transient, cognitive changes in young soccer players.” Dr Serrano hailed the findings as a means of identifying possible neural disorders caused by playing sport.

She said: ‘The app used in our research may be a quick and effective way to screen for and track cognitive changes in athletes it could also have broader applications in clinics or out in the field.’

This study comes just months after an extensive study of the brains of American football players showed than the majority had signs of brain damage as a result of repeated head injuries.

The study, carried out by the Boston University School of Medicine, posthumously tested the brains of 50 footballers. It found a link between head injuries suffered in the heavy-impact sport and degenerative brain disease. 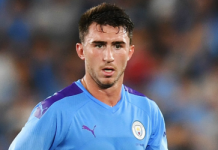 Why Nigerian football is not growing – Pinnick 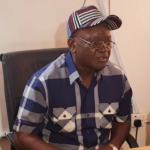 I have been giving detained journalist, Agba Jalingo, money – Gov....

I have been giving detained journalist, Agba Jalingo, money – Gov....