Home featured Gov. Udom’s steward in detention for attacking him on Facebook 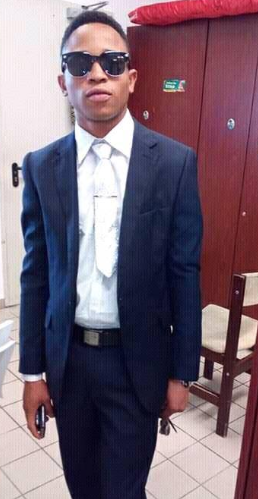 Governor Udom Emmanuel of Akwa Ibom State is alleged of instigating the arrest and continued detention of 21 year-old Michael Itok for allegedly hurling insults at him on Facebook.

Gov. Emmanuel employed Itok as steward in Government House but he resigned on his own accord to join Prudential Microfinance Bank and had sympathy for the All Progressives Congress, APC, ahead of the general election. It was also said that his father worked with the governor before he assumed office while he was in Zenith Bank.

In the last sixty days, Ito has been in detention after he was picked up by the Department of State Security Service, DSS, over a Facebook post that was said to be injurious to the governor, a post he denied he authored but only shared.

“Well, there is just one charge against him, which is based on internal security and enforcement of the law of Akwa Ibom State. He was charged under Section 6 with activities that constitute a nuisance because of some Facebook posts, which the governor considers as a nuisance. In that case, Governor Udom Emmanuel is the complainant in respect of the charge,” his lawyer, Imo Akpan told New Telegraph.

It’s natural to be a bit selfish – Ganduje

featured orijoadmin - January 26, 2020
0
The management of Michael Okpara University of Agriculture, Umudike (MOUAU), Abia State, has weighed in on the allegation of sexual harassment levelled against its Vice-Chancellor,...

featured orijoadmin - January 26, 2020
0
One of the children of popular trado-medical practitioner, Alhaji Fatai Yusuf, name undisclosed, has reportedly shared insight into event(s) leading up to the murder...