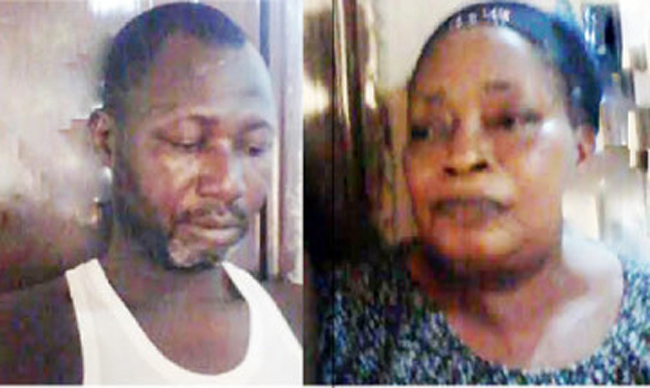 A female banker with a new generation bank(name withheld) in search of fruit of the womb has been duped by a Muslim cleric and a Cherubim and Seraphim’s prophetess in Lagos.

The banker simply identified as Tope works at the Ogba branch of the new generation bank. One Adebisi Ajibola who is currently on the run was said to have approached Tope for a phony Forex deal, and in the course of the transaction they became acquaintance.

It was said that Tope disclosed to Adebisi Ajibola that she has problem conceiving.

According to the police, Ajibola introduced her to an Alfa, Abdullahi Mubarak Ismail, who promised her spiritual help. 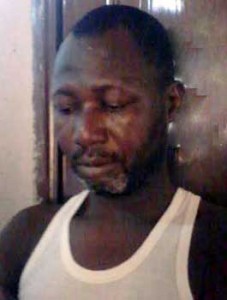 The suspect asked the woman to meet him at Egbeda, a Lagos suburb, from where he directed her to his office at 28, Samson Street, Oke Odo.

Before going to see the suspect at Egbeda, the banker told her colleague, Yusuf who is also looking for a child of her plan, and about the Forex deal.

But when the female banker got to Egbeda, she was told by the Alfa that he is a native doctor and gave her soap with which to bathe to enable her realise her dream.

He also told her to narrate her problem to Holy Spirit (Prophetess Bola Ojo), who was speaking behind a curtain to convince the woman.

The woman said she wanted a child as well as big money to enable her resign from the bank and set up her own business.

After 30 minutes of prayers, she collected the soap from Ismail and went for a bath. When she returned, Alfa Ismail and the Holy Spirit had disappeared into thin air.

Denying the allegation, 47-year-old, Ismail said: “I am an Alfa and a native doctor. It was my brother, Ajibola that introduced me to Tope. 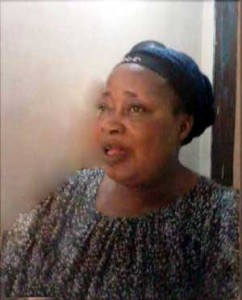 “She told me that she wants to do money ritual, came to my house at Egbeda for prayers, that she needed to get pregnant and needed money to start her own business as she was tired of her banking job, which had become too stressful.

“I told her to bring N5.8 million to purchase the articles to prepare the rituals that would help her get pregnant, and become as wealthy as she desires.

“She then brought the money which I collected.

“I told her I was going to buy seven camels that have hunch backs to prepare the concoction that will help her get pregnant.

“I have been into fraud for a while. I am married with four children, I am from Ilorin.”

The second suspect, Bola Ojo, said: “I am a prophetess of K&S and founder of K&S Boluwatife Parish, located at Iyana Ipaja.

“I have three children for three different men. He asked me to do prayers for her and afterwards gave me N200,000.

“I know he is an Alfa and most times, I call him to help me perform rituals for my clients. But Alfa is not my man friend.” 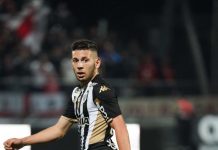 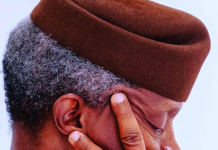 Osinbajo reacts to report of receiving N4bn from Magu 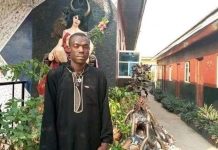 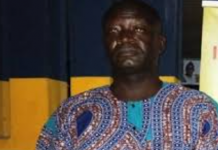 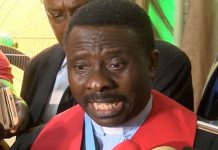 Church too has role to play in COVID-19 cure  — CAN 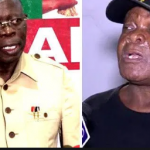 featured orijoadmin - July 10, 2020
0
The Ward 10 Chairman of the All Progressives Congress in the Etsako West Local Government Area of Edo State, Mr Stephen Oshawo, who was... 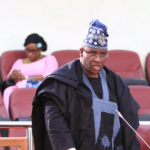 featured orijoadmin - July 10, 2020
0
The spokesperson of the Lagos State House of Assembly, Tunde Buraimoh, has died two days after he fell sick. Buraimoh was the lawmaker representing Kosofe... 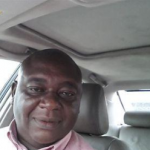 OPINION orijoadmin - July 9, 2020
0
The Federal Government recently inaugurated an Inter-Ministerial committee to recover outstanding tax liabilities collected between January 2016 and May this year. The Secretary to the...
Advertisement