Chairman of Briscoe Technologies, Dr. Emmanuel Ekong, has disclosed that his study of diverse resources abound in the world informed his business decision.

Dr. Ekong made this disclosure in an interview he granted recently.

According to him, “God has made it in such a way that what we have in excess in one part is actually scarce in other parts… Also, the things we could throw away where we come from are things people need in other parts of the world.

“So, I decided that I would find out a place on earth where the lizards we chase around and kill for fun is something that people treasure and want to own… When we harvest these little frogs or lizards, the people who sometimes assist us would look at us sympathetically, wondering what we intend to do with them since they have no food or commercial value in our part of the world. They look at you critically to be sure that you didn’t just escape from the nearest psychiatric hospital, I know that our country still has so much that have not been exploited or explored.”

A DOCTORATE BY AGE 26, GUBER ASPIRANT REVEALS HIS DREAM LAGOS 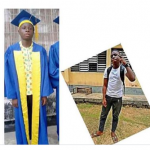 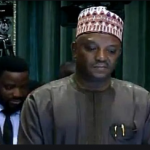 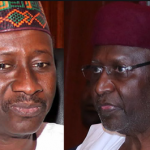 featured orijoadmin - February 27, 2020
0
All eyes were on the Chief of Staff (Cos) to the President, Abba Kyari and the National Security Adviser (NSA), Maj-Gen Babagana Monguno (rtd),...
Advertisement